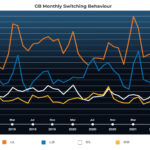 How Covid changed GB electricity consumption, and what that tells us about productivity 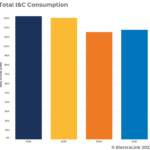 The May 2022 total is 78 percent less than the same month last year and 29 percent less than April 2022. Price comparison websites continue to restrict energy tariff quoting due to the continuing high cost of energy on the wholesale market and the affect of Ofgem’s energy price cap.

Ofgem raised the energy price cap by 54 percent on 1 April 2022, and another significant rise is forecasted for October.

There have been 517,000 successful switches this year so far – a fifth of the number switches in January-May 2021. 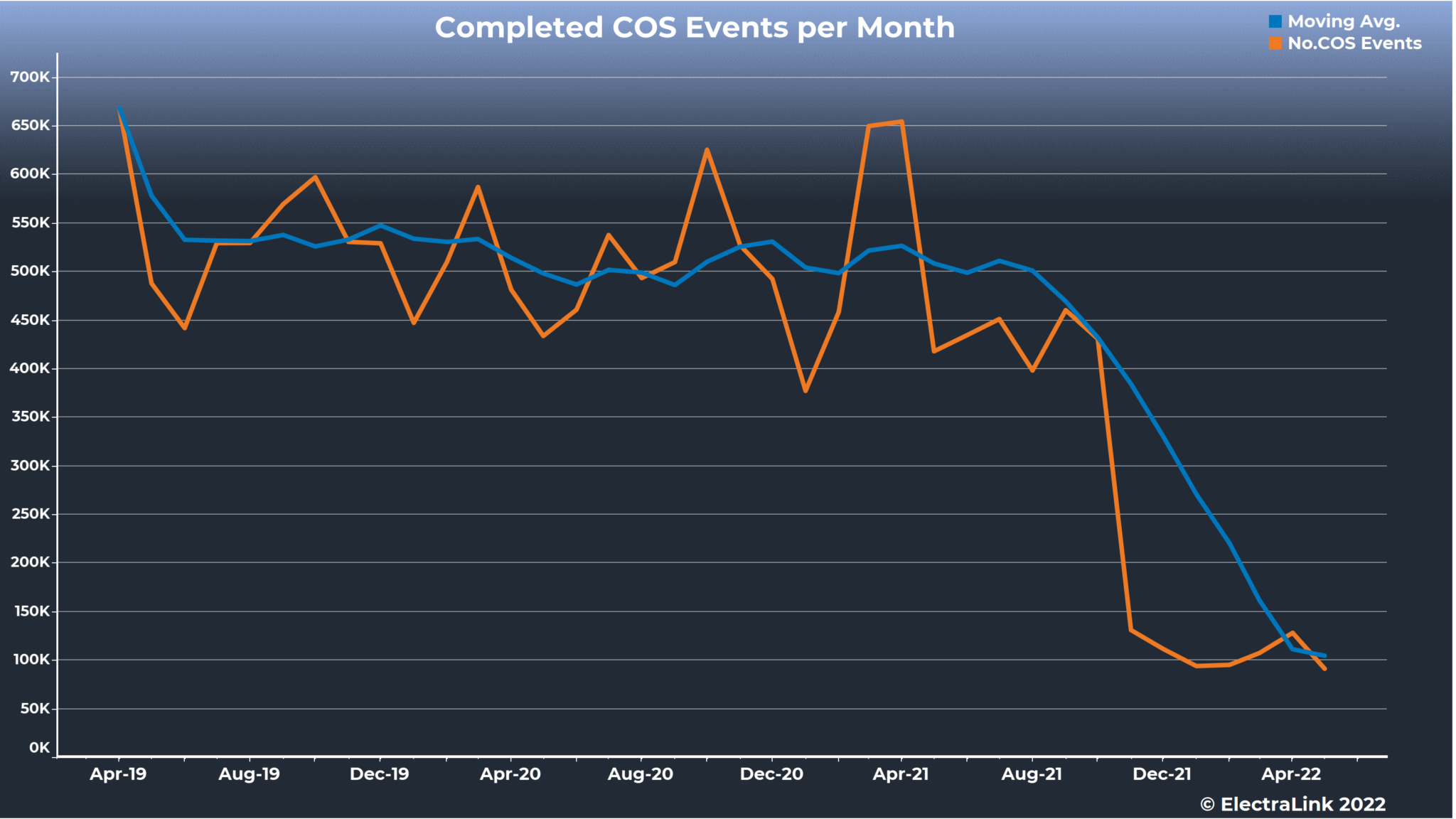 May is traditionally one of the lowest months for new CoS events, potentially because it usually has two bank holidays. However, this was not the case this May due to the long Platinum Jubilee weekend.

Based on the 120,000 switches started in May, ElectraLink’s analysts suggest approximately 93,000 CoS completed in June. 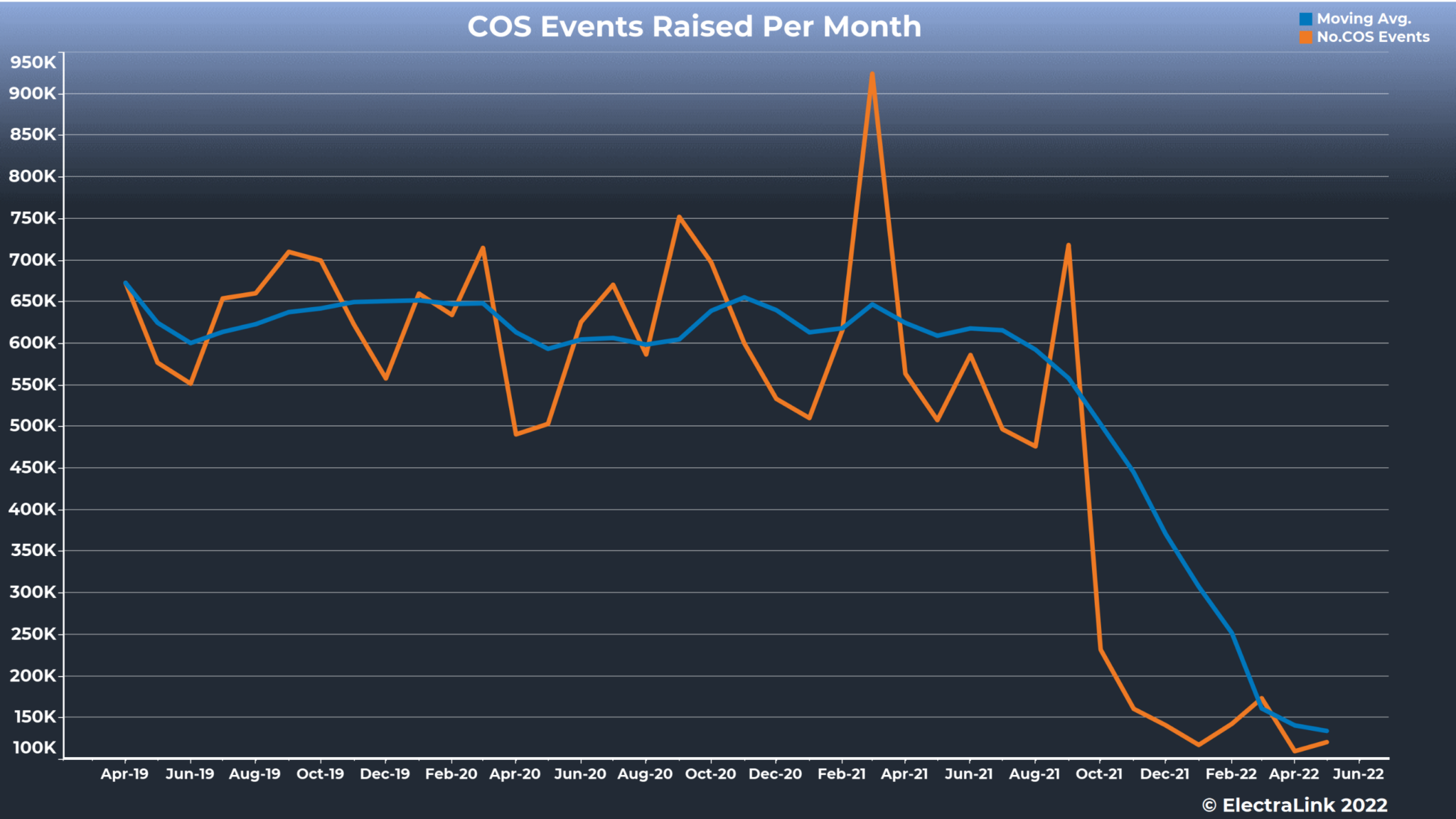 In terms of switching types in May, all decreased compared to the month before. Switches between Large suppliers remain the most common. In April, switches between Other suppliers increased by 224 percent compared to March, but have dropped considerably between April and May. 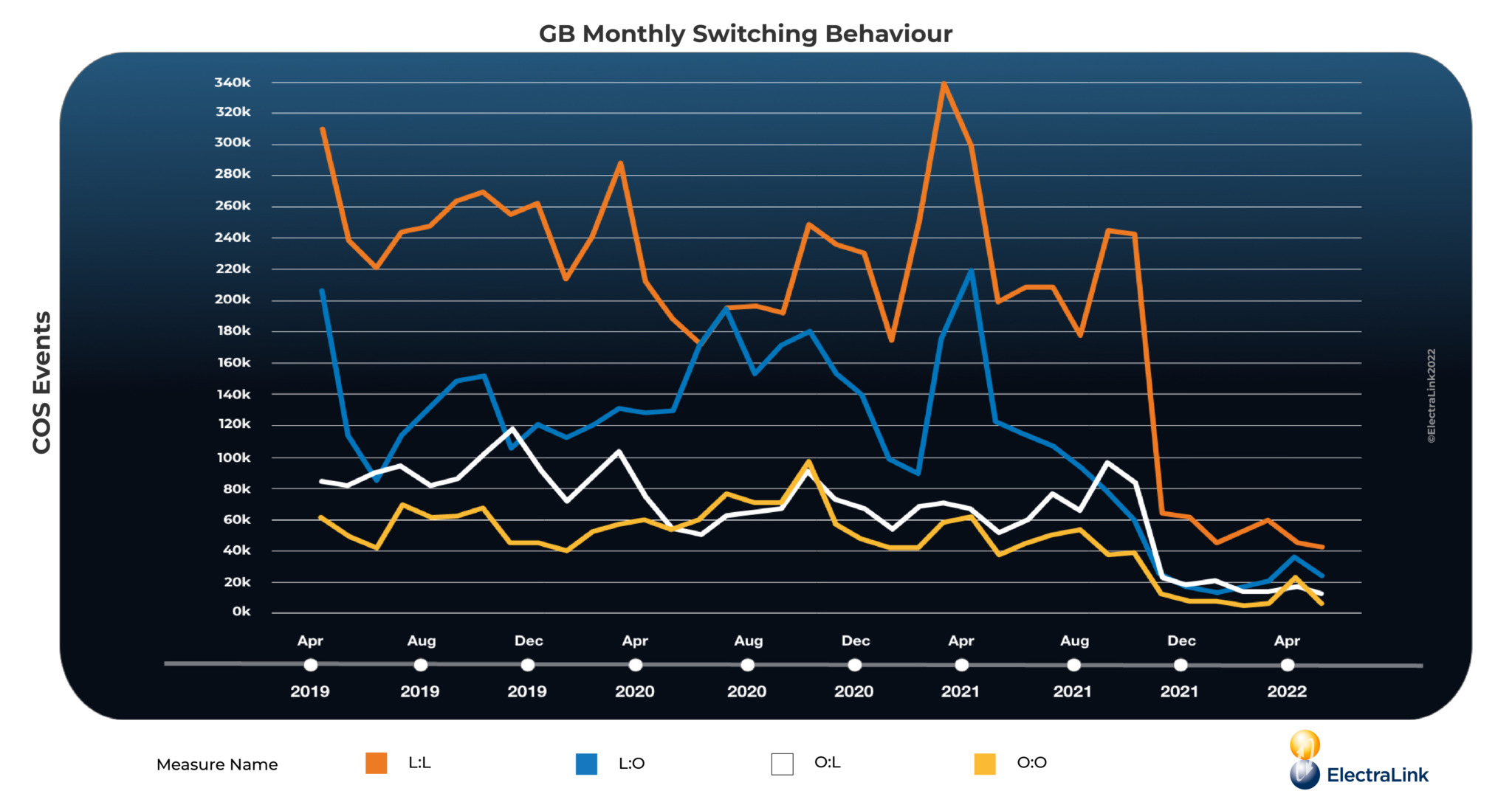