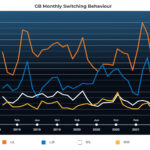 Protecting customers through the SoLR process 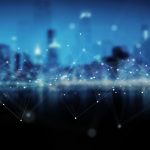 Switching energy suppliers continues to fall as a result of the energy crisis and supplier market exits. An all-time monthly low of 94,000 changes of supplier (CoS) took place in January 2022 – 75 percent less than January 2021 and the third month in a row where figures have hit an all-time low.

Overall, there were 4.984mn successful supplier switches in 2021 – 18 percent less than 2020 and over a fifth less than 2019; effectively putting customer switching back by five years. 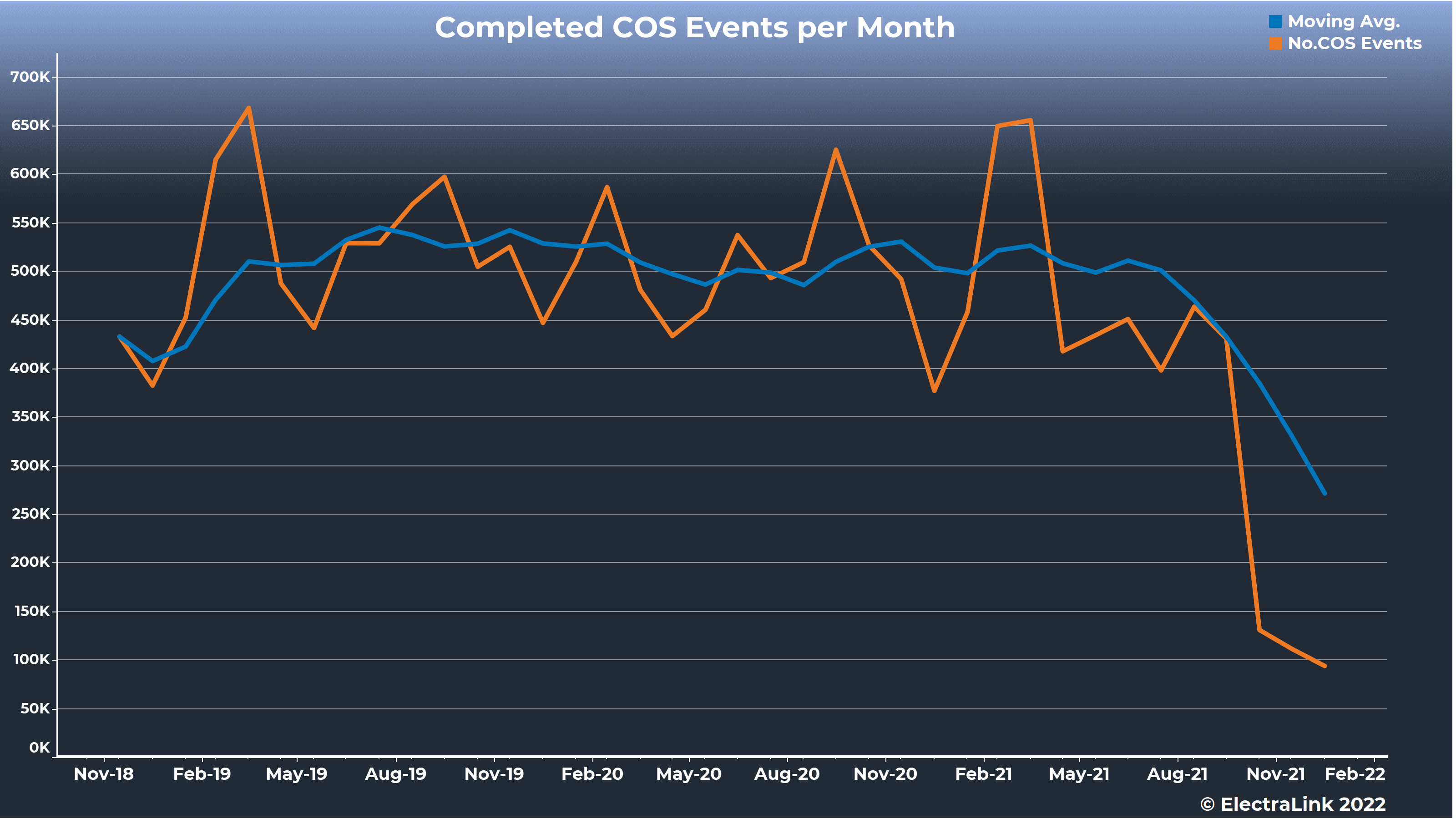 CoS started similarly fell to an all-time low as all tariffs on offer remain above the current default price cap. 117,000 switches were started in January – 77 percent less than January 2021.

Following the widely reported announcement in February of a 50 percent jump in Ofgem’s default tariff price cap from April 2022, we immediately witnessed a record level of activity on our data solutions. A large proportion of this activity directly translates as price comparison website searches. This means the announcement successfully reached a high number of account holders and shows that customers are still interested in changing supplier to cut their bills.

News outlets have reported that most tariffs remain higher than the current price cap. Therefore, once market processes have allowed CoS data to pass through our systems, in a few weeks we will have a clearer view whether these high levels of enquiries actually lead to increased switch attempts and completions. Our Energy Market Insight analysts predict the current number of completed CoS in February will be around 105,000. 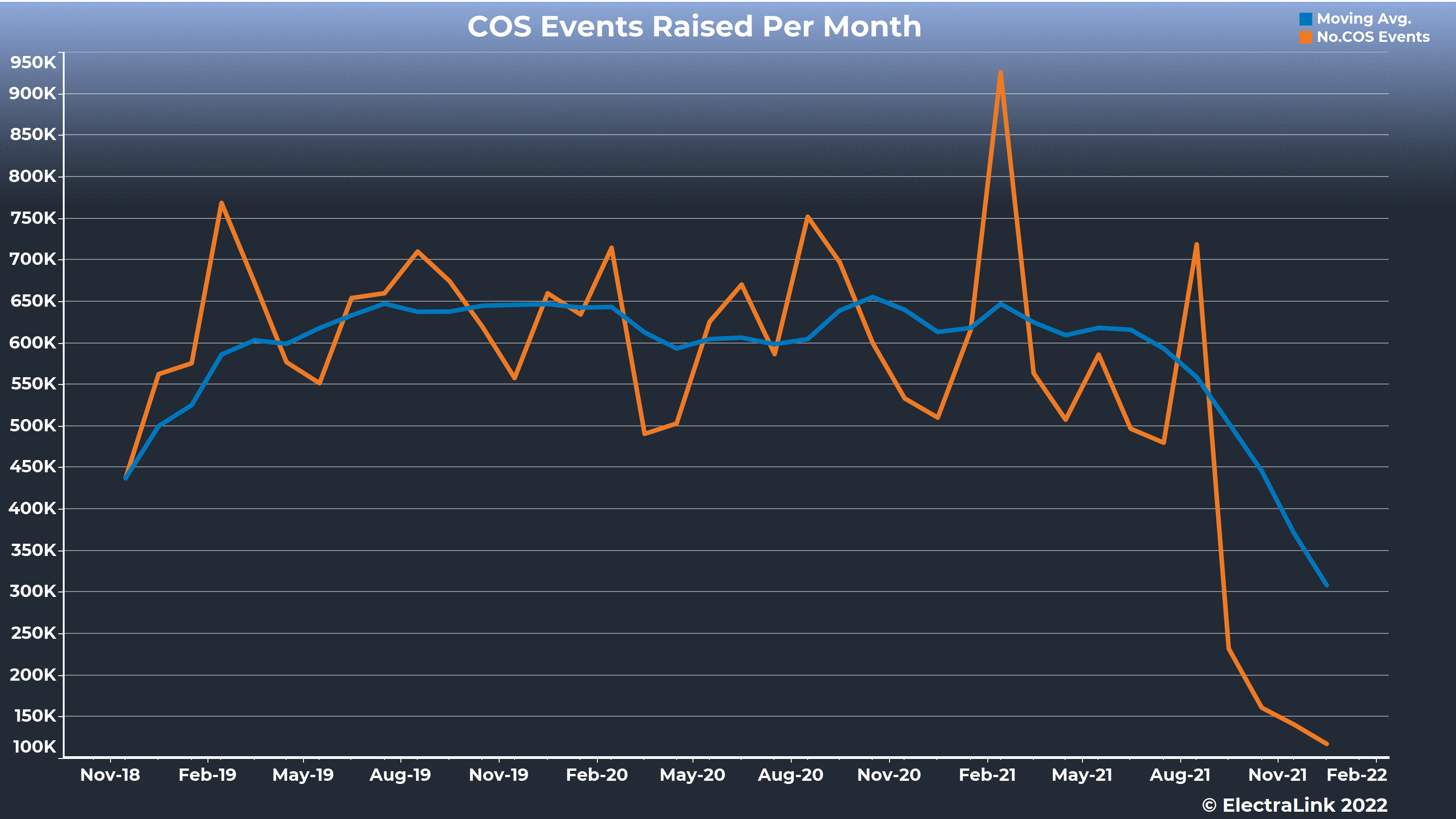 In terms of switching types, as with the overall figure for the month, switches across types dropped compared to the same month last year. However, there was a slight anomaly in switches from Other to Large suppliers – these types of CoS went up compared to the month before whereas the three other types decreased. Additionally, January 2022 marked another month where large legacy brands improved market share through CoS and supplier of last resort events. 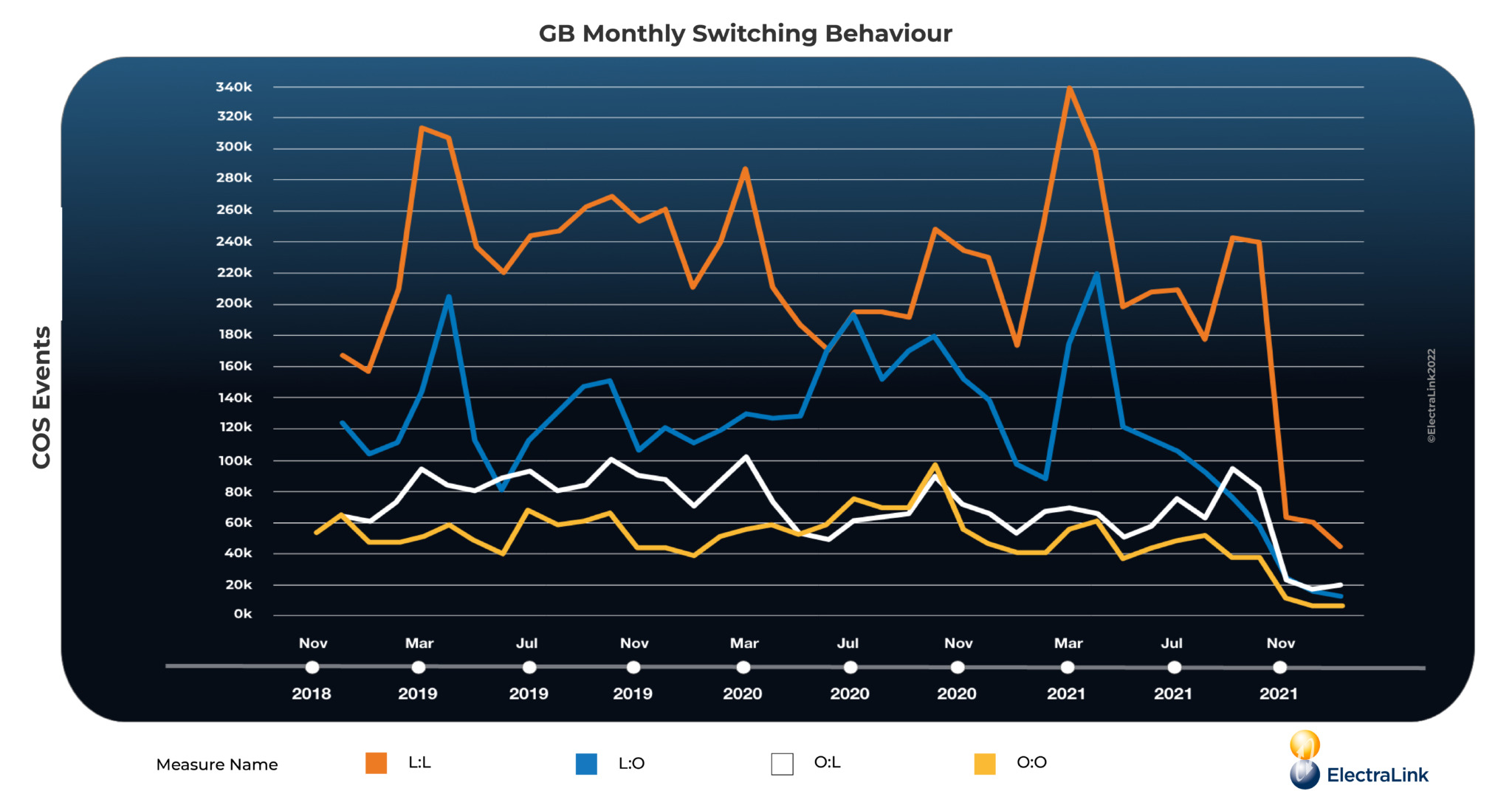