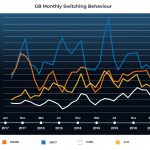 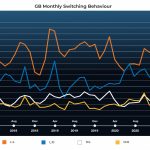 Energy supplier switching figures from last month reveal the uncertainty in the energy market is pushing people towards established retail brands as large legacy suppliers saw their most positive month in eight years. 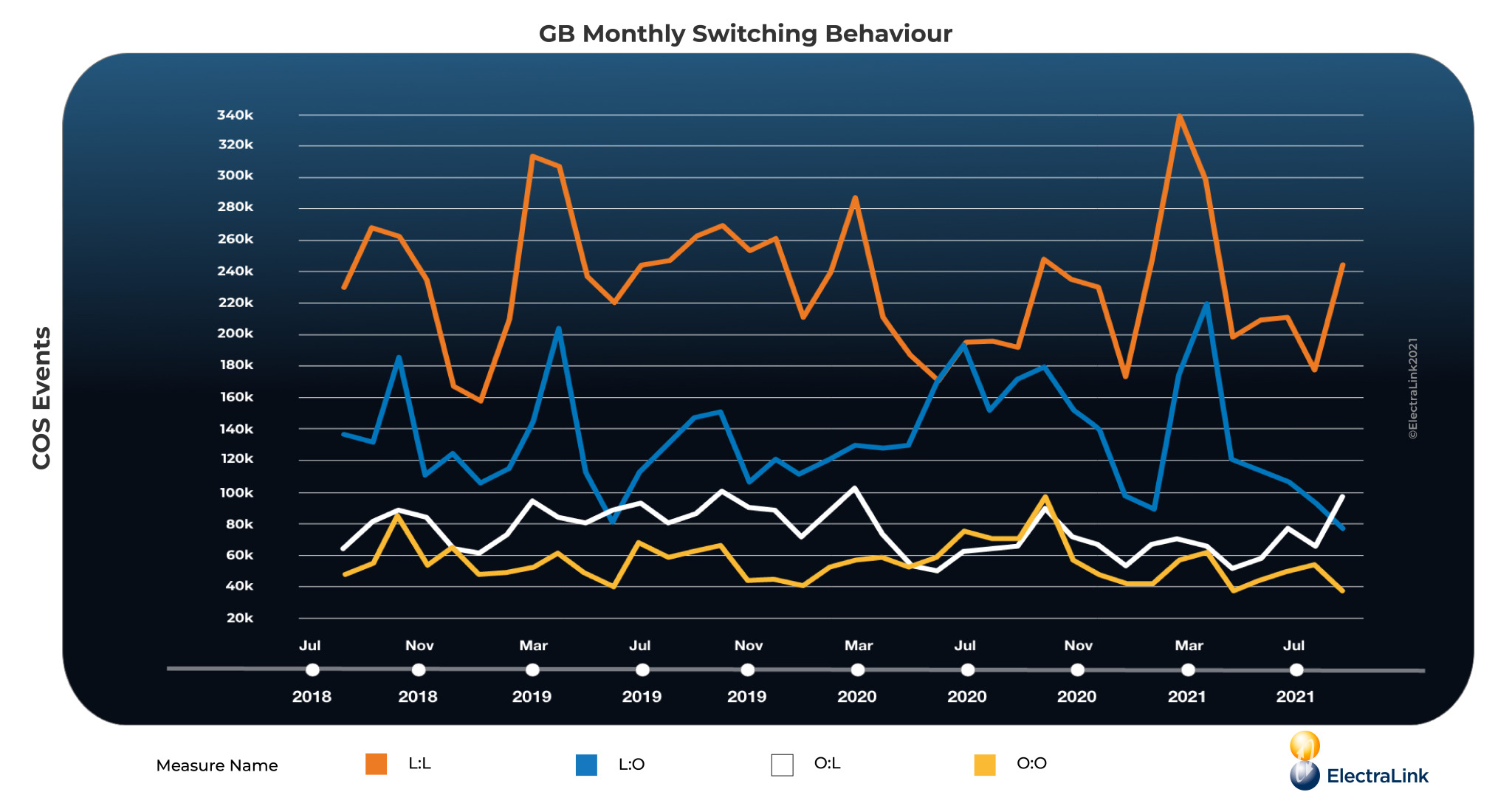 However, the month’s switching total is seven percent down on September last year, and the lowest September total since 2016. The majority of the switches completed in September were started in August when the price cap increase was announced and before the widely reported market disruption began, however this did not result in a boost in switches being completed.

There have been 4.3 million CoS completed so far this year, just three percent less than the same period last year. 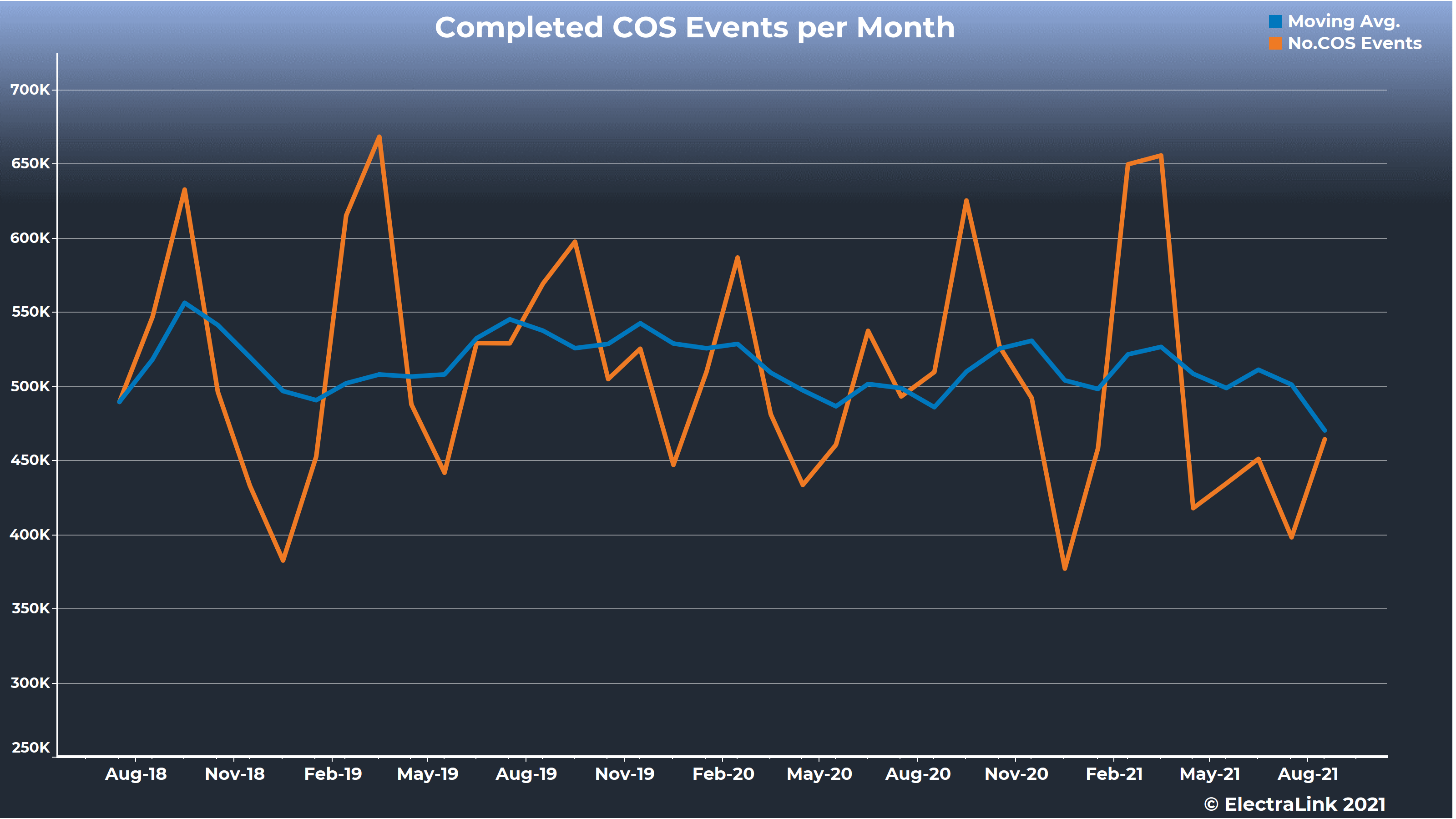 There were 723,000 switches started in September 2021 – four percent less year-on-year despite being a large improvement on August 2021 and the month that tends to have the most switches started before the decline leading up to Christmas.

Due to ongoing challenges in the retail energy market following wholesale gas price rises, forecasting the number of CoS for the rest of the year is difficult. Price comparison websites have limited their energy comparison services and it is unlikely customers wanting to switch will be able to find a fixed deal that is not more expensive than the standard variable tariff price cap of £1,277. 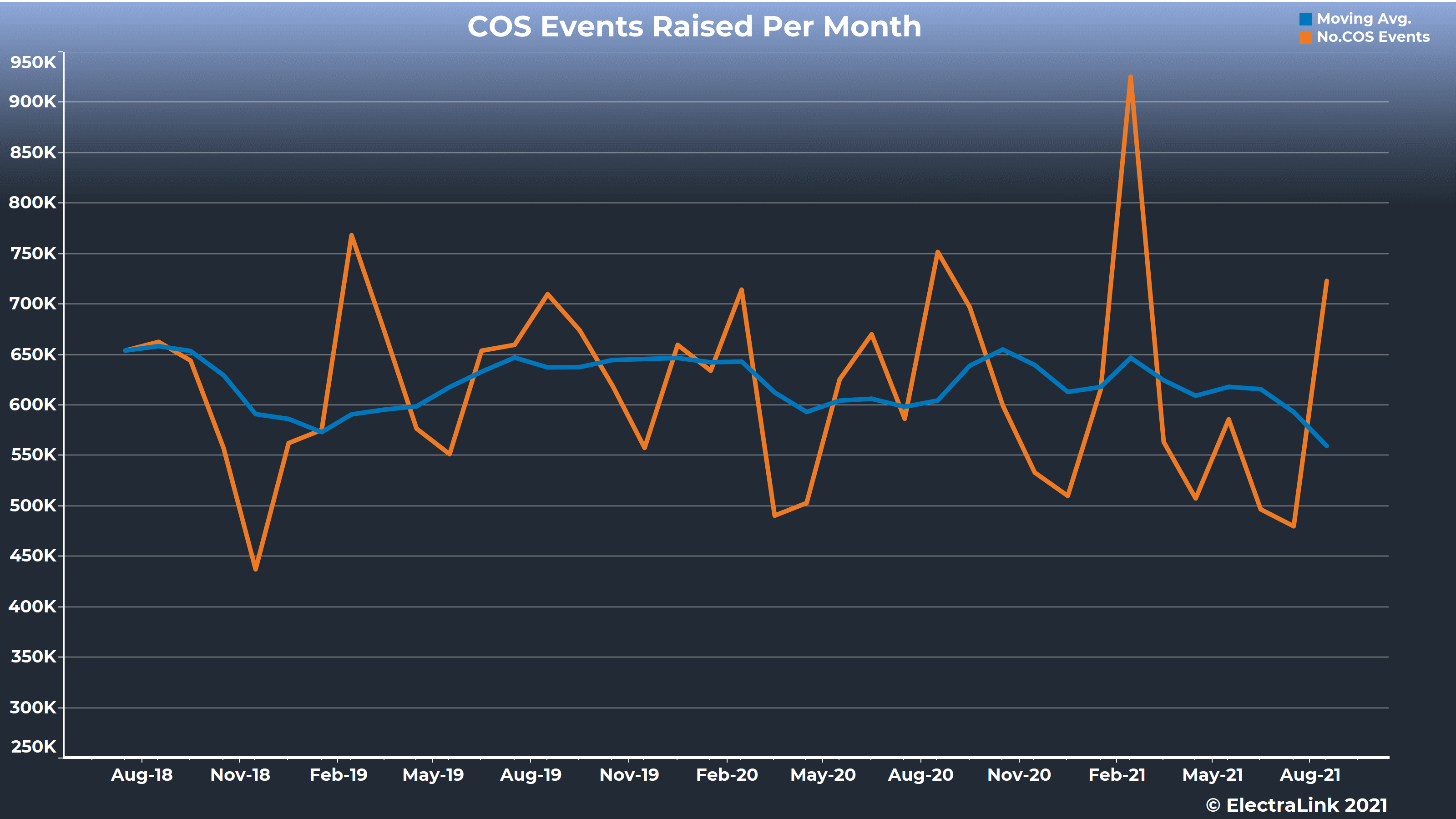 ElectraLink and its staff are deeply saddened to learn that suppliers have recently exited the market, leaving customers without their preferred supplier and many of our industry colleagues now needing the next step in their careers. We trust the well-established Supplier of Last Resort (SoLR) process will ensure all end users have their supply continued. You can find out how we support this market process here.