Change of Supplier (CoS) data published from ElectraLink’s Energy Market Data Hub (EMDH) today reveals a promising increase in switching during the month of September as it becomes further evident that energy market activity has continued seasonal trends.

September 2020 saw 526,000 CoS completed, up three percent from the month before but eight percent less than September 2019 and the lowest September since 2016. It is the third highest month for CoS completed in 2020 so far, with the year’s total now reaching over 4.5 million CoS.

In previous years, we have seen a rise in switches completed over autumn, peaking in October before dipping back in the run up to Christmas. This year’s trend has showed the same seasonal fluctuation despite the impact of the pandemic. 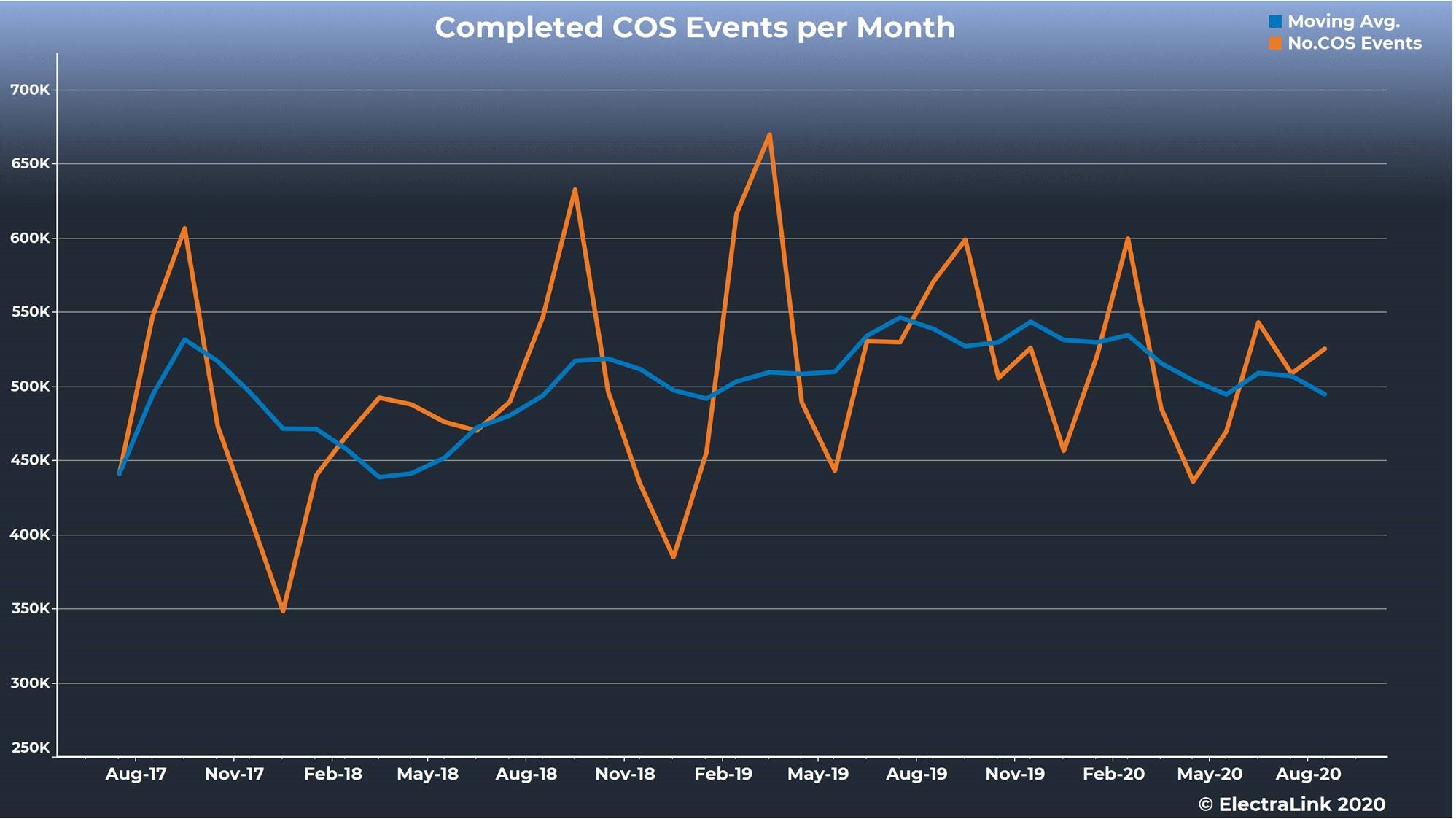 There was an uptick in CoS started in September after 765,000 events were recorded. This is eight percent more than September last year and the second highest number of CoS started in a month since records began – second only to March 2019’s 770,000 switches started. 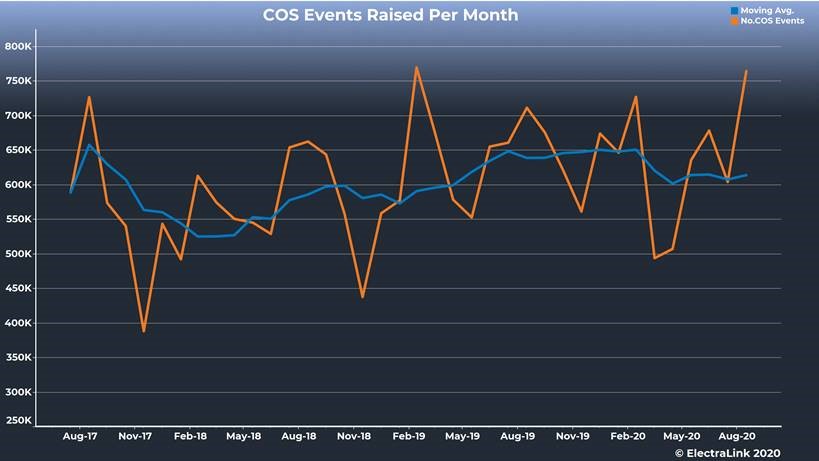 According to ElectraLink CoS data showing CoS types, the Big Six continue to lose out to competitive tariffs that challenger suppliers offer. Supplier changes between Big Six suppliers was at its lowest January 2019 and switches to the Big Six from challengers decreased drastically compared to September last year. Big Six to challenger CoS reached their second highest so far for 2020 and CoS between challengers remain high. 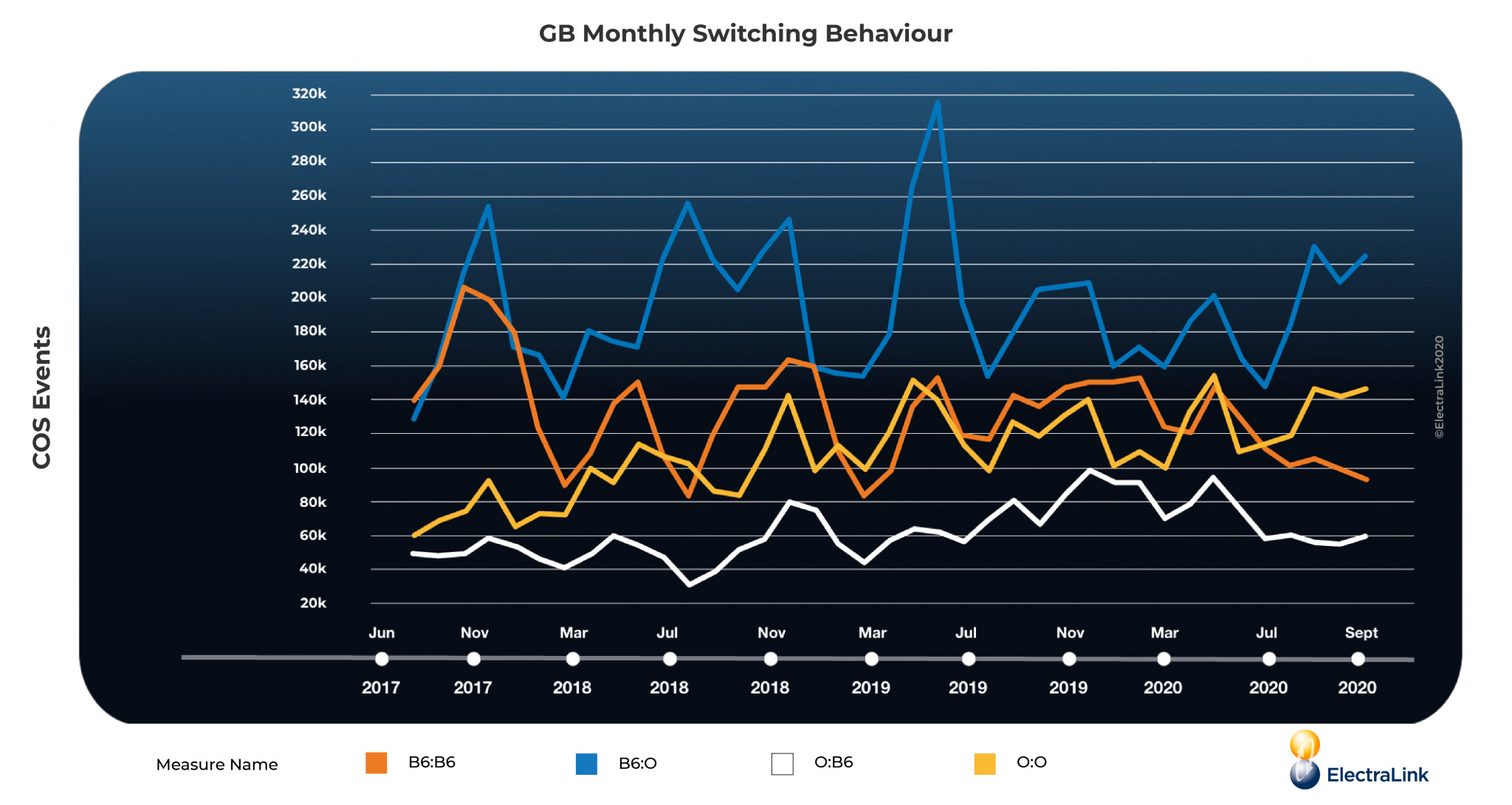