Home News ElectraLink publishes August 2019 switching figures
Back to All 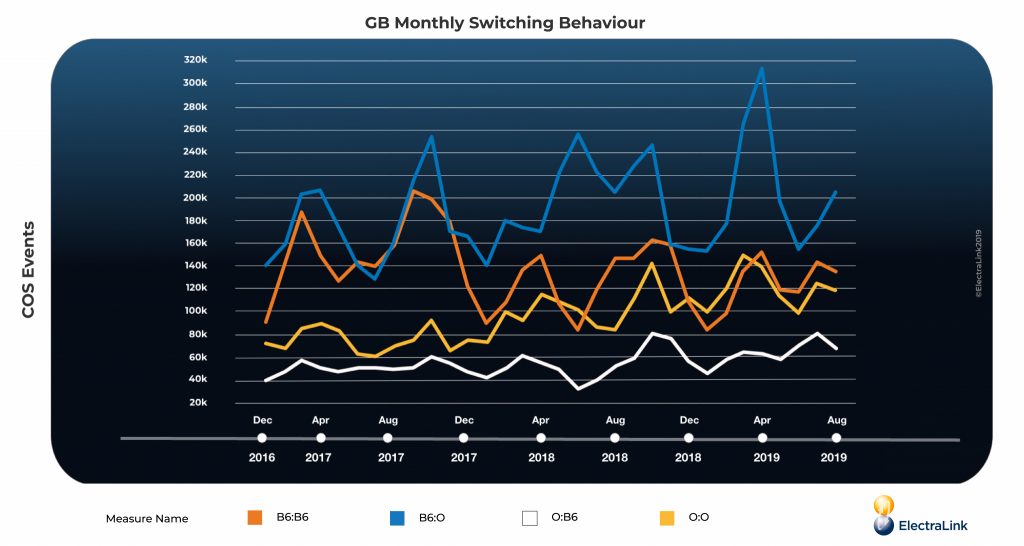 In early August, Ofgem announced that price caps would fall even lower this winter due to recent lows in wholesale energy costs. We are eager to see whether this affects switching rates in the coming months as consumers on standard variable tariffs see a drop in their energy bills.

All data is provided by ElectraLink’s Energy Market Insights (EMI)

Previous article The grid of things: worldwide lessons for British DSOs Next article 7 questions for the board – Harvey Jones