Home News ElectraLink publishes July 2019 switching figures
Back to All

Our recent switching data reveals that 527,000 customers successfully changed supplier in July 2019. This marks a 12% increase compared to July 2018, and ranks July as the month with the third highest number of successful switches in 2019, after March and April’s historic high.

Switches started also increased notably compared to the same time last year. 677,000 switches started occurred in July 2019 translating as a 28% increase on July 2018. This was the second highest number of switches started in one month in 2019, falling short of the 764,000 that began in March. 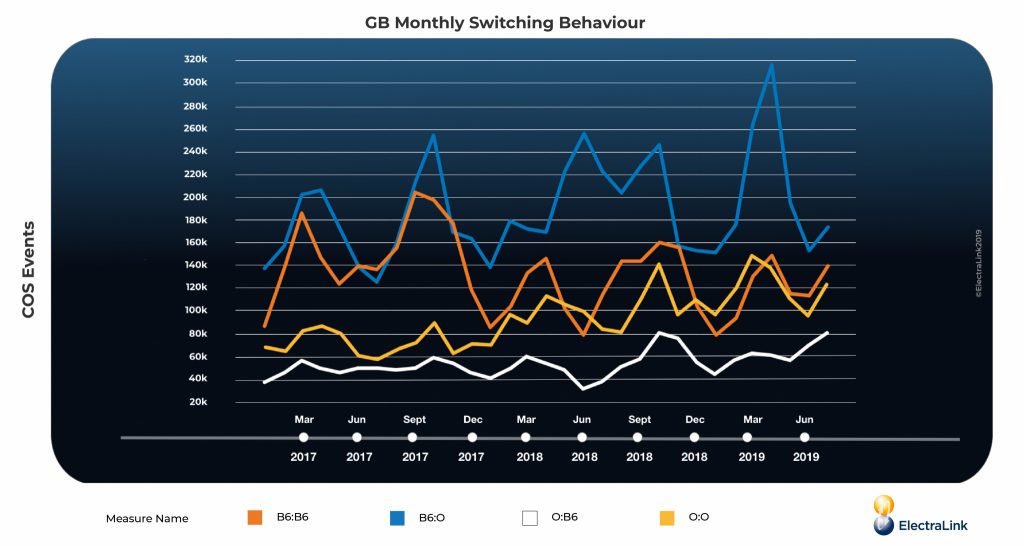 All data is provided by ElectraLink’s Energy Market Insights (EMI)