Home News ElectraLink publishes June 2019 switching figures
Back to All

June 2019 saw an unusually low number of attempted switches, which is likely to impact the number of completed switches in July. June’s attempted switches ranked as the lowest number in two and a half years besides the Christmas periods in 2017 and 2018. June had 42% fewer switches than March 2019, the month with the most switching requests in over two years.

Customers continue to move to challenger brands with 155,000 households switching away from the Big Six in June compared to 197,000 in May. There was also an increase in the number of customers switching back to the Big Six with 71,000 customers moving from challenger suppliers compared to May’s 59,000; an increase of over 20%. This was also one of highest number of switches from challenger to Big Six suppliers in the past two and a half years (alongside September and October 2018 with 81,000 and 77,000 switches respectively). Significantly, the 118,000 households that switched between the Big Six accounted for a quarter of all switches in June 2019. 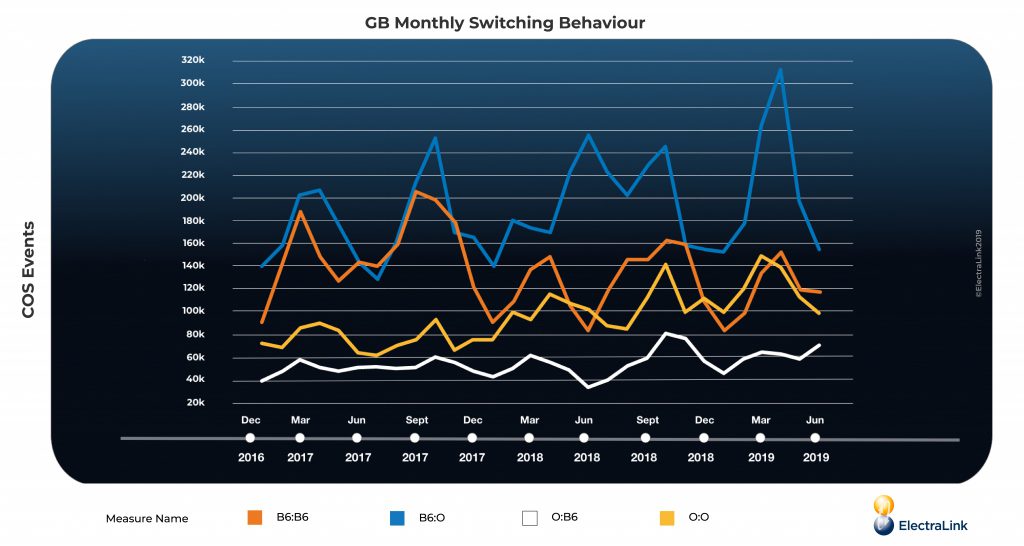